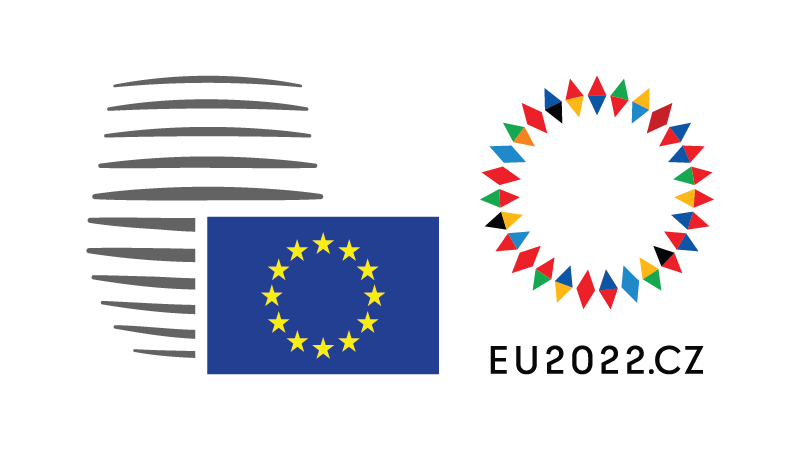 On 28th September, the EU ambassadors met in the “Coreper” format to give guidance for further work on the recast of the Energy Performance of Buildings Directive (EPBD).Most notably, the delegations were asked to share their views on the latest compromise proposal of 14th September concerning minimum energy performance standards for residential and non-residential buildings, and on the amendment proposed as part of “REPowerEU” to maximise the solar energy potential of the building stock.

Regarding solar potential, several Member States (France, Belgium, Spain etc.) raised the question of energy and technology neutrality and others asked for a differentiated approach taking into account their climate or energy situation (e.g., Spain, Portugal or Hungary).

The Czech Presidency concluded by maintaining the ambition to reach a general approach at the Energy Council on 25th October. A revised proposal is expected in mid-October. 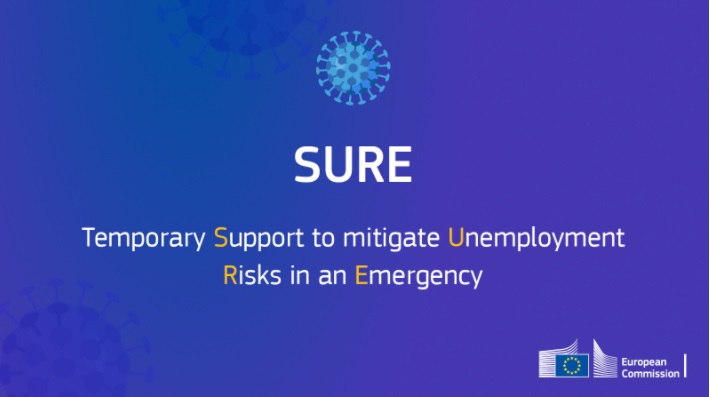 SURE is a success, says the European Commission

On Monday 26 September, the European Commission published a report confirming the effectiveness of SURE, the €100 billion instrument designed to mitigate the risks of unemployment in emergency situations.
SURE supported approximately 31.5 million people and 2.5 million firms in 2020. This represents almost one third of total employment and firms in the 19 beneficiary Member States. SMEs were the primary beneficiaries.
The most supported sectors were accommodation and food services, wholesale and retail trade, and manufacturing. According to the report, the construction sector comes in 4th place.
Almost all of the total planned public expenditure under SURE has now taken place. Half of this has been allocated to short-time work schemes, with one third allocated to measures for the self-employed. Member States have saved an estimated €8.5 billion in interest payments by using SURE, thanks to the EU’s high credit rating.
However, for the time being, the Commission does not plan to extend SURE and make it a permanent tool adapted to the energy crisis, as the S&D group in the European Parliament is calling for. 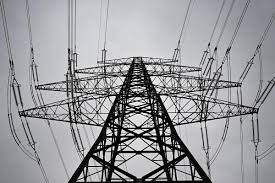 Meeting in Brussels on Friday, 30th September, the 27 energy ministers reached an agreement on the proposed EU Council regulation of 14th September introducing emergency measures to mitigate soaring energy prices. Most of these temporary measures will apply until 2024.

Member States also agreed to set a mandatory temporary solidarity contribution on the profits of businesses active in the crude petroleum, natural gas, coal, and refinery sectors. The proceeds from this solidarity contribution will be used to provide financial support to households and companies and to mitigate the effects of high retail electricity prices. In addition, the ministers agreed that EU countries may temporarily set a price for the supply of electricity to small and medium-sized enterprises to further support SMEs struggling with high energy prices. 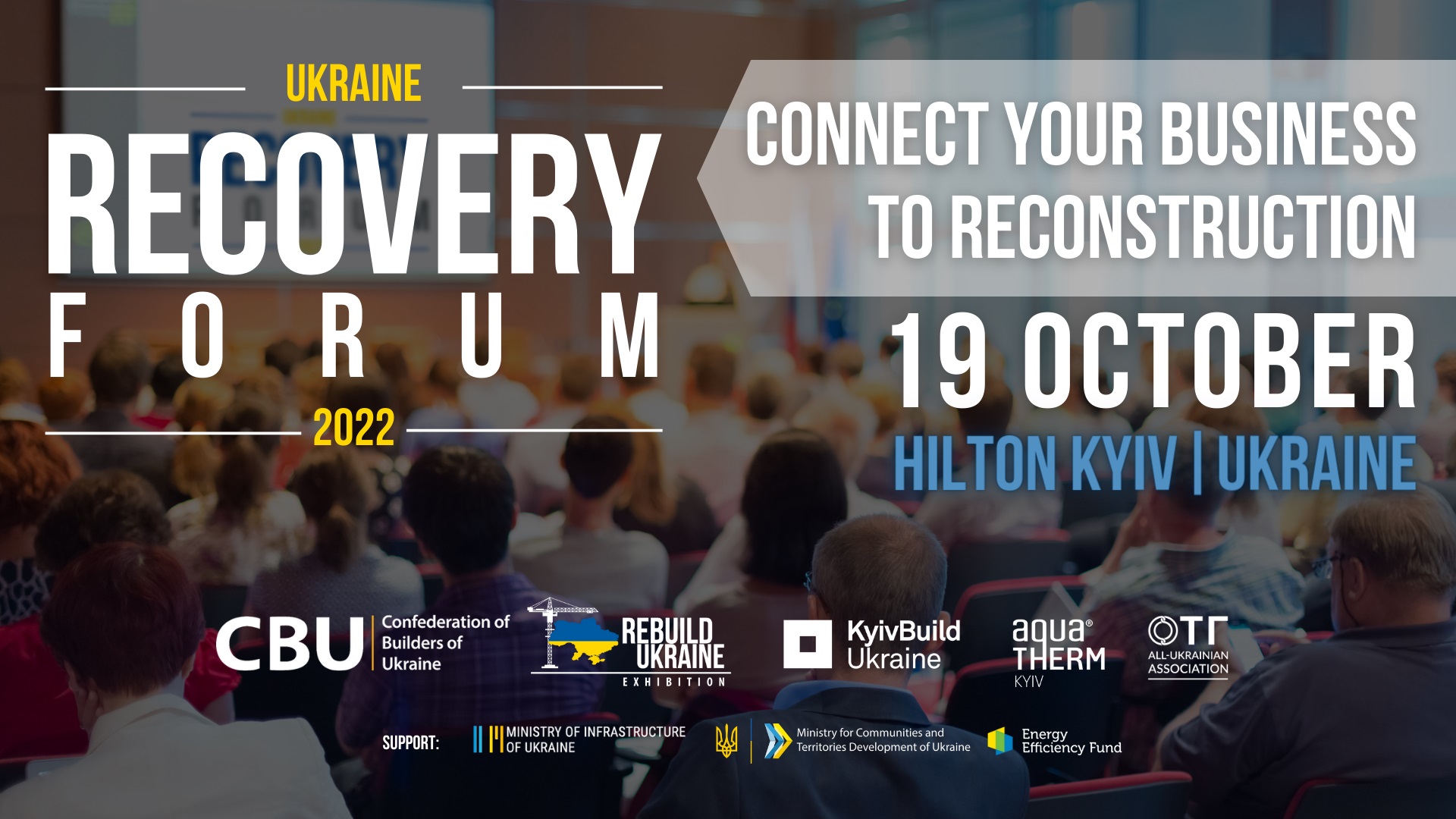 You can now register to a new event taking place on 19th October at the Hilton Kyiv: FIEC’s member, Confederation of Builders of Ukraine (CBU), together with its exhibition partner Premier Expo, is hosting the Recovering Forum Ukraine 2022 in Kiev to discuss the future reconstruction of Ukraine. The event will be held with the support of the Ministry of Infrastructure of Ukraine, the Ministry of Development of Communities and Territories of Ukraine, and the Energy Efficiency Fund.The goal of Recovery Forum Ukraine 2022 is to unite state and local authorities with international organisations, financial institutions and investors for future recovery projects and to accelerate financing for the reconstruction of destroyed cities and towns.

People’s deputies, representatives of authorities, international construction associations, foundations, institutions and organizations are also invited to participate. Attendance in the forum will be ensured with compliance with all security measures and online participation is also possible.

Check out the programme by clicking on the button below. 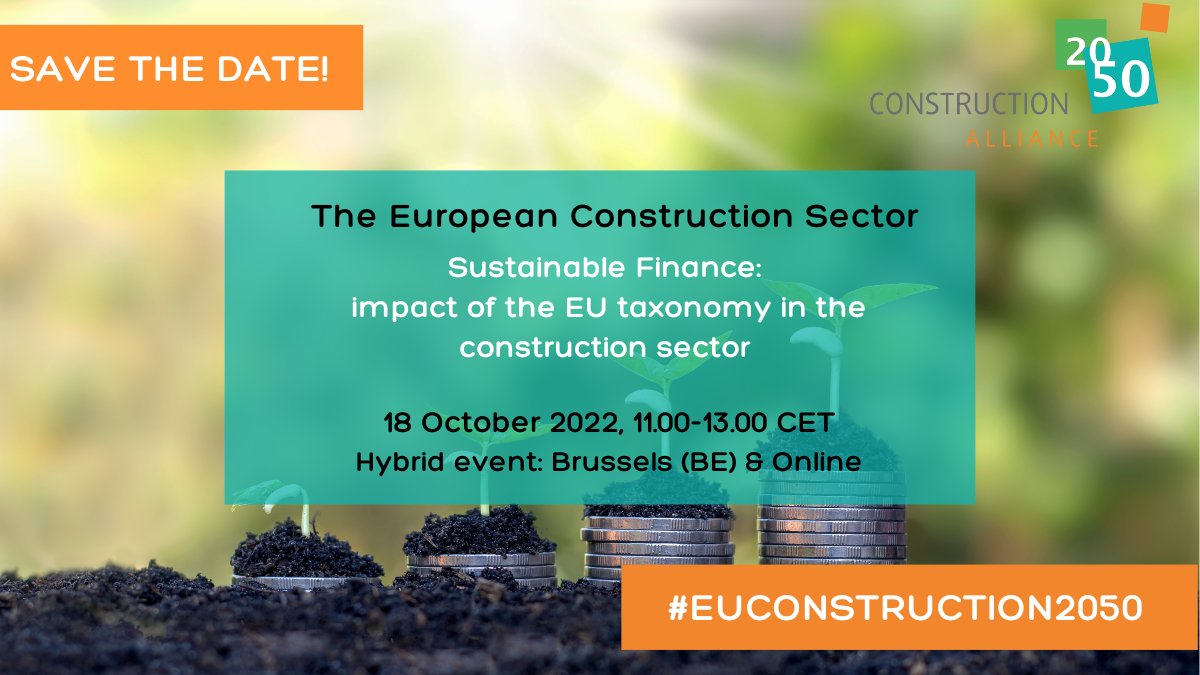 18 October – Save the Date! Construction 2050 Alliance event on Sustainable Finance

The next event of the Construction 2050 Alliance will be held on 18th October from 11h00 until 13h00 at FIEC offices and online. The conference has a focus on “Sustainable Finance” and, in particular, on the impact of the EU Taxonomy in the construction sector.
Being a hybrid event, it is important to consider that the number of places for physical presence is limited (first come, first served).

A programme with the guest speakers is available on the FIEC website.

Learn how to use diisocyanates in a safe way!

In August 2020, a new restriction on diisocyanates was published by the European authorities under REACH, targeting respiratory and dermal sensitisation potentially caused by diisocyanates. This restriction applies from 24 August 2023 and specifies the training requirements for industrial or professional users of diisocyanate-based products (i.e. adhesives, sealants, paints, coatings, inks and construction chemicals) with a monomer concentration greater than 0.1 % by weight.

The PU industry has since launched an online training platform to support companies that are required to meet these restriction requirements.

On 7th October (13.00 to 14.30), the founding organisations of this platform (FEICA, CEPE and EFCC) invite you to a free webinar to learn all you need to know about the PU training requirements and the training platform.