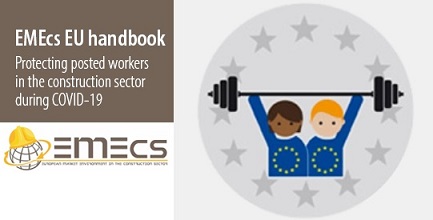 More concretely, the EU Handbook analyses features and limits of initiatives meant to support construction companies and workers in the health and safety, social protection, and vocational training domains during the pandemic in countries covered by the partnership (Germany, Italy, Poland, Portugal, Romania, and Spain).

The European Commission and the European Organisation for Technical Assessment (EOTA) have jointly developed an Action Plan aimed at accelerating the citation of pending European Assessment Documents (EADs) in the Official Journal of the European Union (OJEU). The plan, which is now available to all stakeholders (see below), is aimed at addressing the backlog of more than 130 EADs which – as of July 2022 – had yet to be referenced in the OJEU.

This ambitious goal will be achieved through a series of measures and a strict working schedule. Both the European Commission and EOTA have committed to making the necessary resources available for this intensive exercise which is to be completed within one year, i.e. by 2024.

During the last EOTA’s Stakeholder Conference (23 November 2022), Gwenole Cozigou, Director of the European Commission in charge of the dossier, together with EOTA President, Sebastian Wall (ITB, Poland), had already mentioned the development of the Action Plan and its principal scope: to put the EOTA route back into normal operation mode.

The backlog of 137 EADs included in the Action Plan had accumulated over a longer period, dating back to 2018, due to various factors – such as the James Elliott judgement (C-613/14) and an increasing demand for EADs. The plan intends to bring new opportunities and growth to the industry, while putting the safety of citizens first.

The wealth of experience gained from the Action Plan will also promote the access of innovative construction products to the Internal Market. 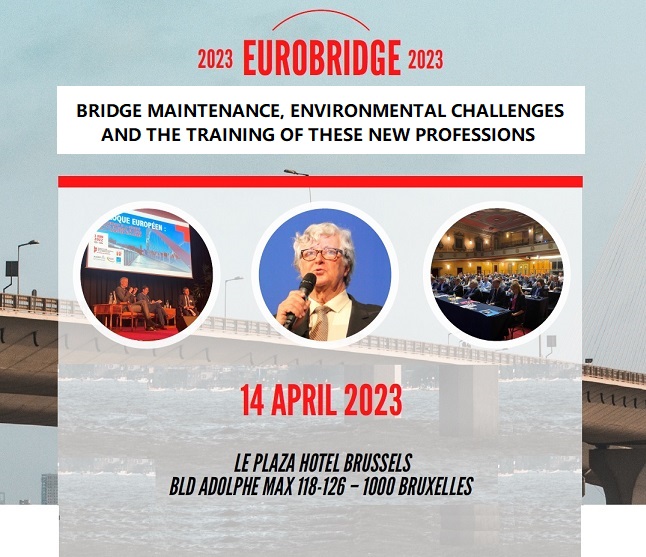 The conference, hosted on 14th April 2023 at the Le Plaza Hotel in Brussels, is about bridge maintenance and safety in Europe and aims to put forward issues around engineering work maintenance in the respect of environment, and with an eye on the decrease of carbon footprint, as well as the training of new professionals in the sector.With keynote speeches by Christian Tridon (FIEC) and Philip Crampton (FIEC President), Sandra Freeman (Journalist) and MEP Dominique Riquet (member of the EP Transport Committee), the event is organised in 3 Roundtables: inspection and management, the environmental impacts of bridges and new professions for bridge management, respectively.

Bridges are essential elements of communication routes, whether road or rail. It is essential to keep them in good working state. The maintenance of a bridge always starts with the perfect knowledge of its condition. The diagnosis allows to establish the corrective measures. The monitoring and management methods are diverse. The conference will present a selection of original examples implemented in some European countries, and will table a debate covering also policies related to the EU Green Deal, carbon neutrality, the reconstruction, etc. 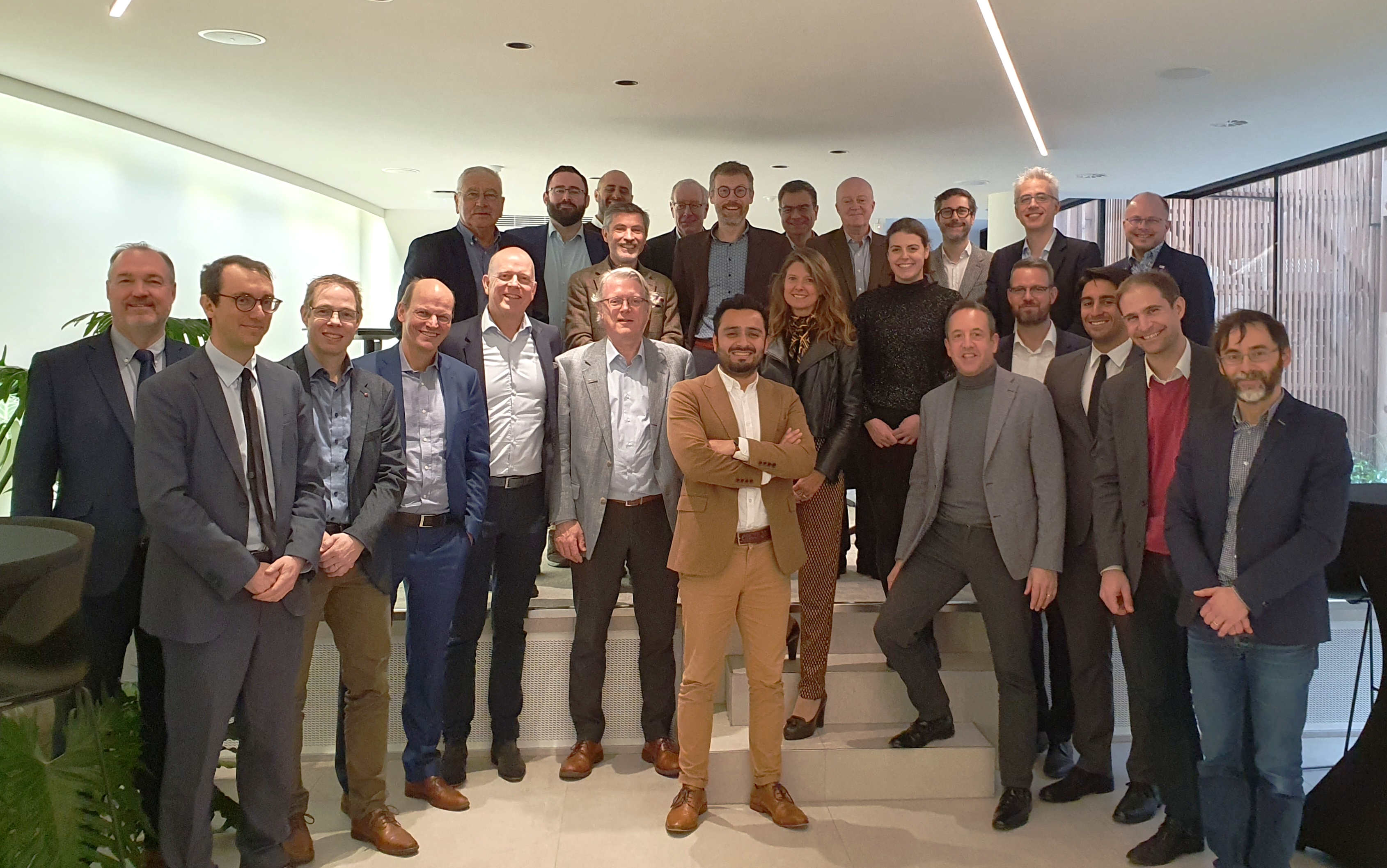 Meeting of the Construction 2050 Alliance

On Friday 13th January, the Construction 2050 Alliance held its first meeting of 2023.
The Alliance, which gathers more than 50 organisations involved in the construction eco-system, discussed the priorities and challenges ahead, among others in view of the European elections in 2024. 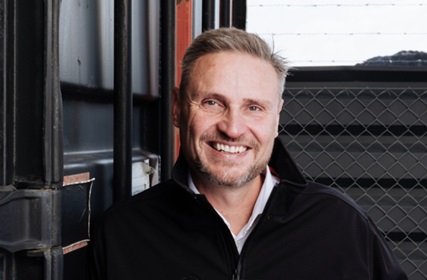 Timo Vikström is the new elected President for the next two-year term of the Confederation of Finnish Construction Industries RT (Rakennusteollisuus RT).

Timo Vikström has over 30 years of experience in the construction industry, mainly in infrastructure construction. He has been CEO of listed company Kreate since 2017. Prior to that, he worked in various roles at Destia and Lemminkäinen, among others. He holds a Bachelor of Engineering, a Master of Science and an Executive MBA. Vikström has served as Vice Chairman of the Board of RT from 2019-2022 and as a member of the Board of Infra since 2018. He also holds positions of trust on the boards of various companies.

Along the election of its new President, the Finnish organisation has confirmed its strategy for 2023-2028, based on three themes: a skilled and responsible construction industry, growth conditions and functioning markets and opportunities for a green transition.

Despite the uncertainties in the market at the start of the new year, the new captain at the head of Finnish construction knows the direction to take and summarises the sector’s message to the Finnish decision-makers in one keyword: ‘investments’!

CPR: More than 950 amendments tabled in the IMCO committee

More than 950 amendments to the proposal for a revised Construction Products Regulation (CPR) have been tabled in the European Parliament’s Committee on the Internal Market and Consumer Protection (IMCO) since mid-December (rapporteur: MEP Christian Doleschal, EPP/Germany).A vote in the IMCO is currently scheduled for the end of March, while the plenary vote could take place in May. 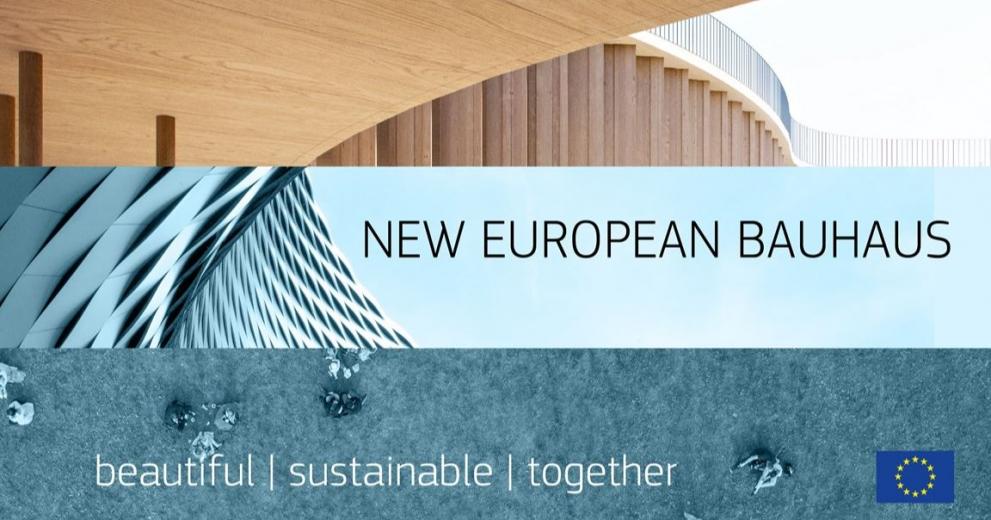 The New European Bauhaus (NEB) aims to “match style with sustainability” in the building and construction sector. After 2 years since it was established, there is evidence showing that the Bauhaus continues to be largely ignored by the public and the media.
Launched in 2020 the NEB was conceived to bridge the worlds of art, culture and education with science and technology under Horizon Europe. The € 25 million call to ‘Support the deployment of lighthouse demonstrators for the NEB initiative in the context of EU Missions‘ opened in 2021 and closed on 25 January 2022.

Some policy-makers have raised criticism towards the slow progress made by the New Bauhaus. A July 2022 paper released by the European Parliament IMCO Committee reports that “the New European Bauhaus has not been able to reach all EU countries and interested parties within them” during its first year. The paper’s author called on the Commission to take better action, start meetings with EU countries and increase funding to foster implementation of the NEB at national level. Particularly, the NEB should become an integral part of all relevant future legislation, considering that some crucial laws have been relaunched by the EU, e.g. to shape the building sector in the coming years. Namely, as to the EU Performance of Buildings Directive (EPBD, currently under revision), the lawmakers stressed that the Directive gets poor mention in the New Bauhaus initiative, urging the Commission to promote the project in the current legislation. Among its aims, the EPBD is introducing a voluntary tracking system to measure and reduce the whole-lifecycle emissions of buildings: the NEB intends to contribute to the same goal.

Five shortlisted projects will receive funding of approximately €5 million each to implement their plans in 11 Member States (Belgium, Czechia, Germany, Denmark, Greece, Croatia, Italy, Latvia, Netherlands, Slovenia, and Portugal), as well as in Norway and Turkey. They will deal with topics such as building renovation, circularity, arts, cultural heritage, education, smart cities, urban and rural regeneration and more. Drawing upon its vision on Sustainability in construction, FIEC Danish member, DI Byggeri, participated in the EU NEB call and is partner of some awarded projects also in the field of energy efficiency in buildings.

Applications are open! You can submit your project or idea by 31 January (by 19:00 CET).
The prizes are open to applicants from the EU Members States. For the first time, they are also open to the Western Balkans. Visit the dedicated platform to register and submit your application.