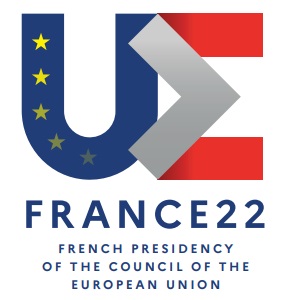 From 1st January until 30th June 2022, France holds the rotating Presidency of the Council of the European Union. This is an opportunity to set the EU’s policy agenda for the ongoing semester, offering the chance to prioritise specific issues and steer negotiations. The Presidency also comes at a critical time for France in a view of its presidential elections around the corner planned for April.In a shared 18-month Council’s programme, the so called ‘trio’ (made of three Presidencies: France, Czech Republic and Sweden) will strive to find common solutions to targets ahead drawing upon the priorities set out in the Strategic Agenda for 2019-2024. The crisis provoked by the COVID-19 pandemic constitutes an unprecedented challenge to which the trio has committed to overcome the economic and social shock.

In the agenda and programme proposed by the French Presidency there are various key regulations and dossiers that have a potential impact on the building and construction industry, including a range of activities with focus on the circular economy, energy efficiency, the Renovation Wave, the Green Deal and NextGenerationEU. For example, the commitment to reduce the climate impact in the construction and real estate sector taking forward new initiatives the market may have to comply with. The Union’s efforts and accomplishments in building a zero-emission, more social and greener Europe will continue to be the basis for its efforts to encourage global partners, e.g. to follow its lead in implementing the Paris Agreement and the 2030 Agenda to put the EU on a path towards carbon neutrality by 2050.

On the extension of the carbon market to transport and the energy performance of buildings – a sticking item among EU Governments – VP Frans Timmermans said it is “one of the best instruments at our disposal to initiate a change in behaviour”. This is the case of energy policies, where the Presidency is expected to continue progress on the ‘Fit for 55’ package, notably on the Renewable Energy Directive (RED II), the Energy Efficiency Directive (EED), Carbon Border Adjustment Mechanism (CBAM) to prevent carbon leakage, and the Energy Tax Directive (ETD). Relevant to FIEC members and partners’ interests, the upcoming discussions on the Energy Performance of Buildings Directive (EPBD) will be soon addressed and remain in the spotlight.

The French Presidency will also continue the efforts to tackle energy prices in the Member States. A potential point fueling debate is raised on nuclear energy which remains a viable energy source under the current EU law. Among the key planned events, a Ministerial conference on housing is foreseen by early March.
As to the EU standardisation strategy, the French Presidency will continue working on the various projects aimed at harmonising the relevant framework within the Single Market whilst guaranteeing robust consumer protection. In this context, the French Presidency intends to move on with talks on the Machinery Regulation and will start working on the revision of the Regulation laying down harmonised conditions for the marketing of construction products (the CPR) along with the legislative proposal to establish a common framework for access to in-vehicle data.

In the domain of employment, social affairs and equality, the French Presidency will commence negotiations with the European Parliament concerning the proposed directive on adequate minimum wages in the bloc. It will also initiate discussions on the proposed directive on improving people’s working conditions and safety, particularly those operating through digital labour platforms. 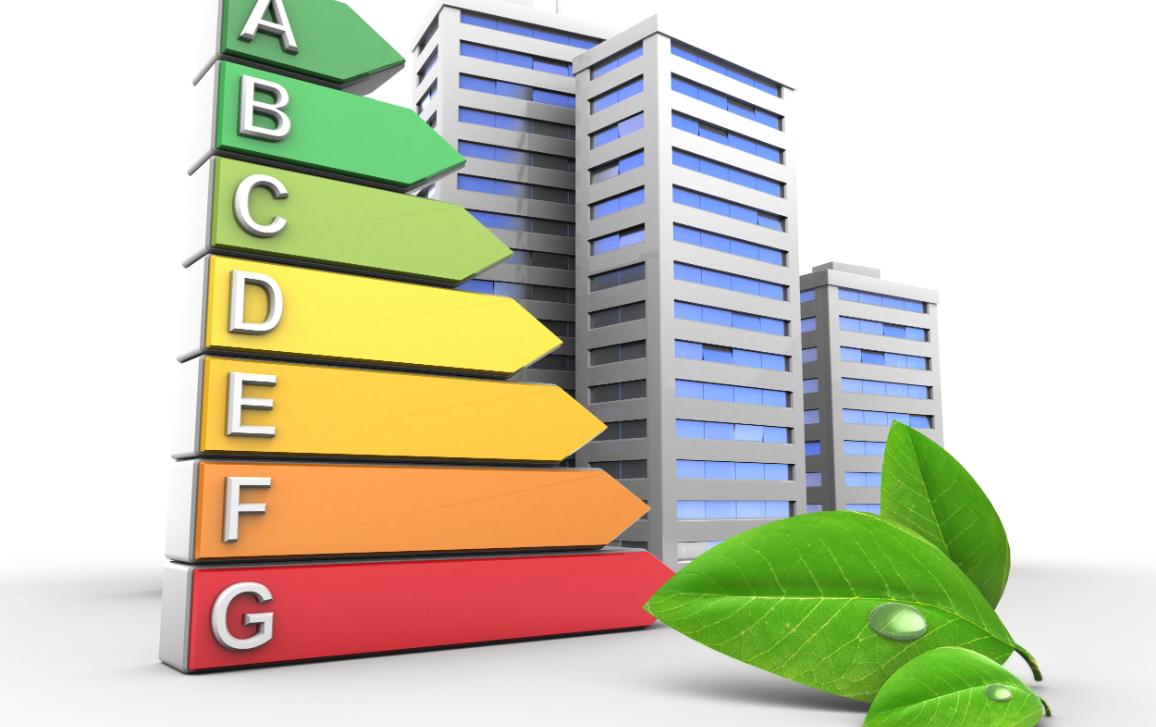 On 19th January, three EU-funded projects targeting – amongst others – energy efficiency in buildings will be presented in the framework of a webinar organised by the Horizon Results Booster service under the Horizon Europe programme.In particular, Silvia Santos, from the Fundacion Laboral de la Construccion, will present the Construction Blueprint project where FIEC and several of its Member Federations are active partners.

The projects Contruye 2020+ and Go Safe with ESI will also be presented.

We invite you to join this event and ask all questions you ever wanted to! 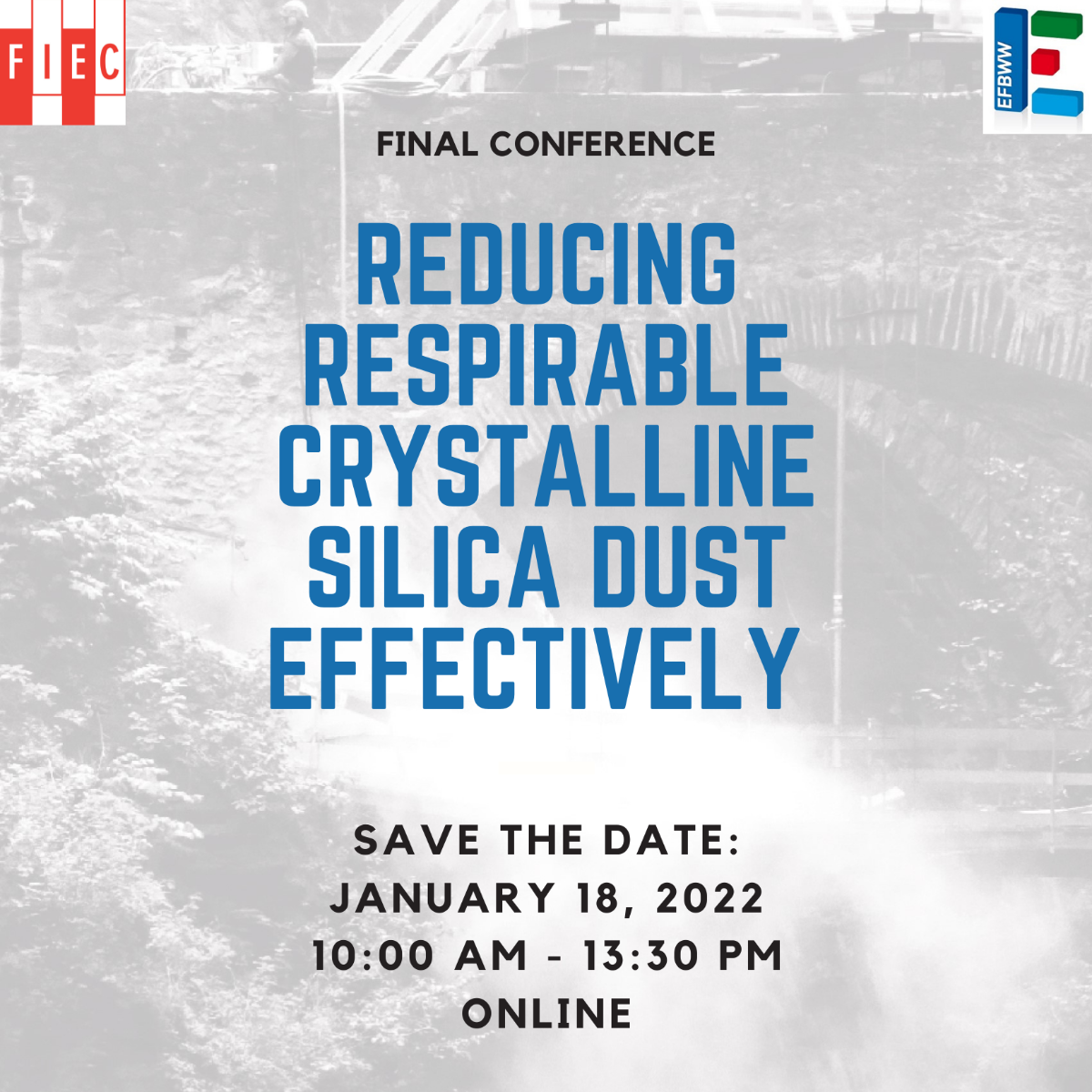 The project aims to provide state of the art and support to construction companies, workers, OSH coordinators and other relevant experts in view of a proper implementation of the European occupational exposure limit value for Respirable Crystalline Silica.

At the final event, the research results and the mapping of construction activities will be presented. This mapping uses a traffic light system to show how companies can reach an adequate level of implementation by taking the correct prevention measures. Participants will also have the opportunity to ask questions and discuss possible dissemination activities at national level.