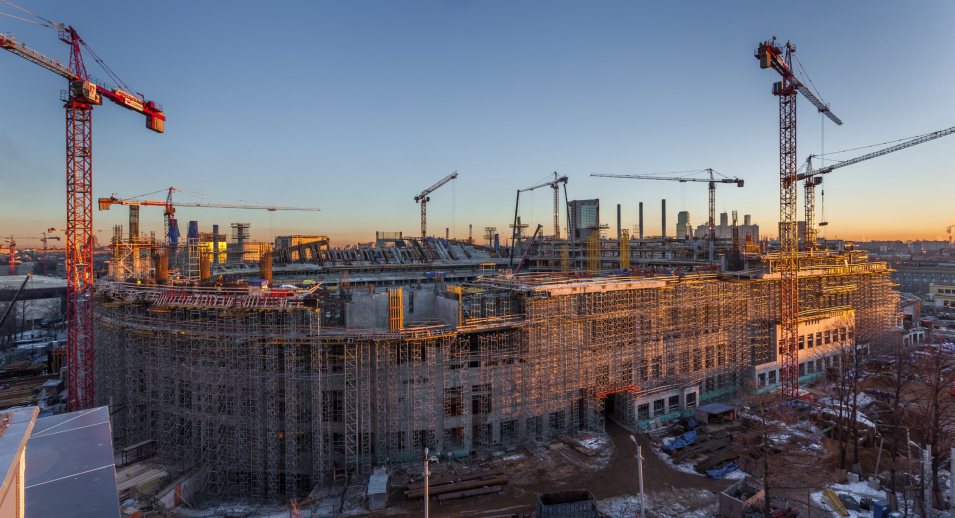 after a successful EIC Autumn Conference, this newsletter issue offers you a short recap of the Workshop held in Izmir. Further, EIC has published its 2017 International Contracts Statistics and the Working Group “Poland” will be proceeding with its efforts for the implementation of a fair price adaptation mechanism.

You may also benefit from FIDIC’s offer of 20% off on participation at their International Contract Users’ Conference in London.

Yours Sincerely,
The EIC Team 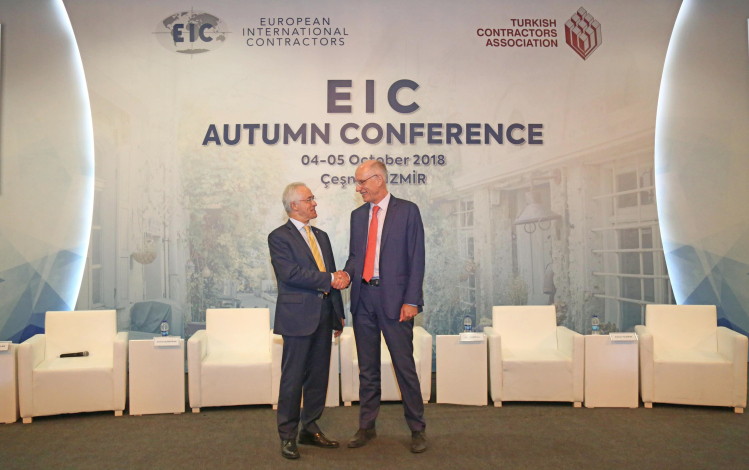 This year’s EIC Autumn Conference was hosted by EIC’s Turkish member, Turkish Contractors Association (TCA) in Çeşme/Izmir. The Conference Workshop revolved around the topic of Alternative Financing Options for Infrastructure Development in the Developing World with presentations by high-level experts from international, bilateral and commercial financing institutions and from leading European construction companies.

Berlin. At its Autumn Conference in Çeşme/Izmir, EIC presented its annual International Contracts Statistics. The table lists international turnover and new contracts of the internationally active European contractors associated with EIC’s Member Federations for the year 2017.

The EIC Statistics are complementary to the ENR Statistics, which do not exclusively analyse the international operations of the world’s leading civil contractors, but also collect data from electrical engineering contractors, steel builders, oil and gas companies, et al.

London. On 27 September, EBRD held an Industry Conference titled “Changes to the FIDIC Forms of Contract – Red and Yellow Books” in London. EIC participated in the event with a delegation led by EIC President Philippe Dessoy.

Participants at the EBRD event concluded that the 2017 suite includes a range of prescriptive processes, many of which, if not followed, lead to deemed consequences – be it revocation of the relevant instruction, deemed rejection or deemed acceptance or “non-objection”. Whilst the role of such provisions in keeping processes moving was recognised by both contractors and employers, EIC expressed its concern about the additional bureaucracy and administrational burden which such provisions might create, particularly in developing jurisdictions where there is less capacity and expertise within the client teams to manage the contract proactively. The need for more expertise is likely to increase costs further.

EIC welcomed the introduction of new “Golden Principles” which have been developed by FIDIC in order to address the bad habit that, in practice, modifications to the General Conditions are so extensive that the modified contract no longer reflects the FIDIC risk-sharing philosophy. However, concerns were raised as to their enforceability and EIC therefore called on the EBRD to make the “Golden Principles” a condition precedent in its Lending Agreements with Borrowers. Participants also noted the subjectivity of any assessment as to whether a number of the principles have been breached in the first place.

The general conclusion at the EBRD Conference was that it is not yet clear whether the market will embrace the new Editions. Many FIDIC users who are familiar with the 1999 form might not observe a need to switch entirely to the new edition but might propose adding the good ideas to the 1999 forms.

Warsaw. The FIEC/EIC Working Group “Poland” will meet again on 26 October 2018 in Warsaw to discuss the problem of an unrealistically low price indexation in Polish construction contracts.

In January 2018, two Polish construction federations launched a complaint with the Polish Minister of Infrastructure criticising the lack of an adequate price indexation clause in Polish construction law. In their letter, the federations explained that construction labour and material costs had increased in practice between 20-30% whereas the relevant price adjustment mechanism administered by the Polish Central Statistics Office was limiting cost increases to 1%. At the time, the Polish government declined to apply any other indexation than the one provided by its statistical office.

FIEC/EIC letter to the European Commission

The FIEC/EIC Working Group “Poland” will convene by the end of this month in order to discuss available options for a pragmatic solution which is fair for both clients and contractors.

Call for input from the Construction Sector

The Construction 2020 Secretariat was tasked to prepare and quarterly update an overview over ongoing FTA negotiations and flag issues of concern to the construction sector.

For this, European Research and Consultancy Agency Ecoris are gathering information, available position papers and other sources by the construction industry. Specifically information on market access issues with a focus on the countries the EU is currently negotiating with is very welcome as there seems to be only little attention paid to these negotiations by the construction sector.

Please find additional information in the PDF file on this website.
Responses can be sent to Mr. Michael Flickenschild.

Bali. On the sidelines of the Annual IMF and World Bank Meetings in Bali, Indonesia, Chinese Finance Vice-Minister Zou Jiayi promised in a panel on 13 October 2018 that China will take care of debt issues in its ambitious Belt and Road foreign investment push.

Ms. Zou emphasised that essentially the BRI is not an aid programme but one driven by market forces. China could diversify its Belt and Road loans with more foreign direct investment, public-private partnership and equity investment instead of commercial lending. As Belt and Road projects were financed in a decentralised and in most cases in a commercial way, the Chinese government was encouraging lenders to develop their debt sustainability analytical frameworks.

However, a study published in March by the Centre for Global Development, a Washington-based non-profit think tank, found that the Belt and Road initiative elevates debt risks in several countries, including Pakistan, Djibouti, the Maldives, Laos, Mongolia, Montenegro, Tajikistan and Kyrgyzstan.

The World Bank’s director of trade, regional integration and investment climate, Caroline Freund, commented that these countries were the exception and that for most countries the Belt and Road initiative could fill important gaps in infrastructure. At the same time, she noted that there were environmental and social risks as well issues related to procurement and debt that needed to be addressed. The World Bank is currently preparing a study on the Belt and Road initiative’s risks and opportunities scheduled to be released next spring.

FIDIC offers 20% off on participation at the conference for EIC newsletter readers. If you are interested in the discount, please follow this link: https://goo.gl/wycKGU